At The Helm of  The Wellness Consortium...

Eric Dillard is the President and CEO of The Wellness Consortium. Mr. Dillard grew up in Newark, New Jersey during the height of the Civil Rights Movement and the emerging Black Power Movement. His work with local, national and international organizations during that period of America’s history and subsequent years have honed the skills and vision that are propelling The Wellness Consortium through this new millennium.

Mr. Dillard has been active in human rights causes for more than 50 years and is captured in a photo in the “Civil Rights Organization and Black Power Advocates” section of the 1976 edition of The Negro Almanac: A Reference Work on the Afro American (compiled/edited by Harry A. Ploski, Ph.D. and Walter Marr, II and published by The Bellwether Company, NY, NY.).

Mr. Dillard has worked with a number of initiatives and organizations, including:

The Wellness Consortium Has Been Privileged to Serve... 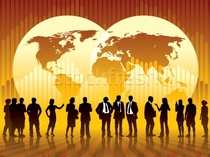